I’m delighted to host Amanda Jayne, intrepid author of Close Encounters of the Traveling Kind, stories of her near-death travel adventures in some of the world’s most exotic and unusual places. Jayne was inspired during her youth by a teacher, and always yearned for far-away places. She began these travels in the late teens-early twenties, and had much to learn about staying safe and well in foreign lands. In this humorous and gripping book, Jayne gives vivid descriptions of hair-raising escapades and provides wit and wisdom through “lessons learned” and”tips on how not to die” should other travelers be brave enough to follow her steps.

Below are Jayne’s thoughts about why she sought travel around the world and what traveling means to her. My review of her book follows. —Leonide Martin 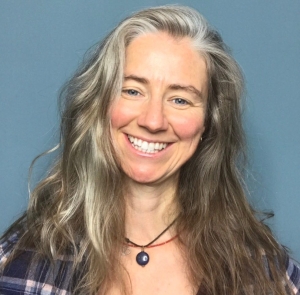 I’ve been fascinated by other cultures and countries since I was young. I’m not sure what it is inside me that draws me to them but it’s some kind of magnetic power that pulls at me. I remember pouring over the atlas we had on the bookshelves in my home. It was bigger than I was at the time, at least that’s how I remember it. I would follow the lines and contours of the countries wondering what and who they held inside them. One Christmas I received a large book of mysterious places of the world. Inside were photos of places like Machu Picchu, the Nazca lines and Easter Island. I traveled the world in the pages of this book, from England to Australia, Peru, Mexico, China and beyond. I could feel the energy of each place as I pored over the pictures and read about the countries and I knew that one day I would travel and see them. At school, some of the kids laughed at my idea of traveling and told me I was going to be the first to marry, settle down with 2.4 kids and abandon my travel plans. “Anyway,” they said, “There’s no way you could do it, it’s too difficult.” Then I met Mrs. Joseph.

In my book I have written about Mrs. Joseph in the introduction. She was my English teacher, originally from Myanmar and had lived in several countries that seemed so exotic to me as a teenager. She taught me that travel was not only possible, but that experiencing other countries and cultures was an essential part of life. The stories she shared with me were of strange animals in India making impossible leaps across wide roads in the dead of night, or of her friend who was cursed by an Indian man and told he would die at 22 – and he did (“this was simply because he believed her, the man was not magic”, Mrs. Joseph would say, “your mind is strong, you can use it to help yourself or hurt yourself.”) She spoke casually of her countless miraculous escapes from death, mostly at the hands of cars that ran her over in different ways but also of other strange co-incidences in which her life was saved.

As I look back now, her strongest influence on me was her causing me to begin to see the world around me differently. She wasn’t sharing her strange stories for the drama or to provoke a reaction, she was genuinely concerned that I see that there was more to life than the school walls and learning facts. Mrs. Joseph was a strict teacher, not impressed by nonsense and prone to giving out detentions to those who used the words, nice and a lot in essays (“they are not real words; they don’t say anything to me. Use a word that means something!”). Outside the classroom though, she taught me there is more to life than meets the eye, that the things you need in life will turn up at the exact moment you need them (if they don’t, you didn’t need them) and that the magic and mystery is all around us, right here, in the natural world and in the way we can interact with it, if only we are willing to see. I say ‘she taught me’ but really she told me and encouraged me because these are things you can only learn from experience, and travel is one of the best ways to learn because it tends to put you in unusual places and situations that make you look more clearly and deeply into the world.

Armed with all I’d learned from my favourite teacher and all I’d dreamed of from my books (pre-Google days!) I started traveling. The first thing I noticed was that it is easier than it looks – like anything in life, the thoughts and fears about doing something are most often the toughest part. Once you commit and start, the way opens up for you. I didn’t intend for anything to be ‘adventurous’ travel, I simply wanted to see and explore the world. I’m not an adrenalin junkie and even refused to bungee jump when I was already in the queue at the famous bridge in New Zealand where it all began – I am afraid of heights, can’t swim and when I saw people returning with burst blood vessels in their eyes I felt ok with backing out. However, I am happy to take risks when there is an encounter I really want, a place I long to see or I know I will grow and learn from the experience.

Any travel outside of resorts and hotels is going to bring strange circumstances and adventure primarily because we are in an alien environment. I find that being in foreign cultures where I don’t have a clue what people are saying and I have no idea what is going on makes me feel alive. It stirs something within that wakes me up and causes me to look differently at the world and the people around me. I am more in the present moment during those times, I have the kind of wonder a child must feel when she sees a flower for the first time and is in awe of it. I love that, and I adore the feeling of expansion that comes over me when I am in the presence of a place or creation that has enormous energy.

Mostly, the experiences I write about in the book simply come from exploring places that were fascinating to me. I have worked in an orphanage and an English school in Bolivia, lived in Japan for five years and walked 1,200km alone around the 88 temple pilgrimage on Shikoku. In India I’ve been stalked by a man who shouted at me wherever I went for several days (“You are crap madam, crap!”) and given a bunch of grapes by a Sadhu (wandering holy man) when I had my pack stolen. It was his only possession in the world and his selfless compassion reached out to me as I cried over the loss of my backpack and helped me see clearly again. I’ve nearly come a cropper in Peru, Bolivia, Japan, Thailand, Nepal and South Africa. All of these experiences have taught me valuable lessons about who I am, how I want to be and how I can live more fully and peacefully in this wonderful world.

Now I understand that just living each day, no matter where you are, can be an adventure if you approach life with wonder and awe. It’s true I’m not being attacked by snakes in my bedroom in Kent or chased out of a makeshift drinking tavern by several angry tribesmen, but there is magic and adventure to be found in life wherever you are. And there are always more countries and cultures to explore… I’d better start packing. — Amanda Jayne

Close Encounters of the Traveling Kind  by Amanda Jayne

For those who love traveling, Close Encounters of the Traveling Kind will provide both uproarious amusement and cautionary tales. Inspired by a teacher, Jayne seeks out some of the world’s most exotic and unusual places for adventurous travels. She narrowly escapes death from altitude sickness on Mt. Fuji, getting lost in the Amazon, a vengeful snake in Thailand, freezing on the way to Machu Picchu, typhoid and salmonella in La Paz, and falling down a ravine bicycling the Death Road in Bolivia. From each near mishap, she culls wisdom and humor, leaving lessons learned for those daring enough to follow her steps.

Her mishaps in South Africa while taking local native buses to Lesotho to ride mountain ponies are downright terrifying. Only a naive 20-something would attempt such dangerous travel alone. A solo white woman in a sea of black faces during the upheaval following the fall of Apartheid, Jayne is nearly kidnapped, assaulted, and threatened with death. From these she learned to listen to her gut, mistrust local advice, take food and water, and watch for the “guardian angel,” a large native woman who took her under a wing to safety.

The last adventure proved to be truly numinous. Rafting the Bhote Kosi River in Nepal, Jayne is thrown from her raft into Class 5 rapids and sucked into a whirlpool. In the near-death experience, she entered a divine calm, her mind stilled and everything crystal clear. But the whirlpool released her to live for yet another adventure. Her lesson learned there perhaps sums up Jayne’s approach to travel close encounters: “Let go, life has got me.” Written with brevity, wit, and gripping description, any adventurous traveler will enjoy—though probably not emulate—these travel stories.

Enter this Giveaway for a chance to win a print copy (U.S. only) or ebook (worldwide) of Close Encounters of the Traveling Kind.